Whom should I vote for?

It’s not whom, it’s what

“Democracy is on the ballot.  Our democracy is in trouble.  This is our last chance to save it!” 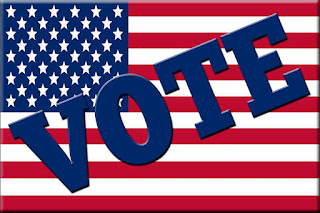 Really?  Is it that bad?  Unfortunately, yes.  The players in Washington and many states are ignoring their constitutions and the rule of law.  They are doing everything they can to stay in power.  A government built on the ideas of serving the people and partisanship with compromise has devolved to tribal warfare.

We don’t want to tell you whom to vote for.  There are too many races up and down the ballot.  But we can recommend what to vote for:  A More Perfect Union, the one we were promised in the Constitution.

Ask your candidate(s) if they:

Now these are too general.  You’ll have to examine your candidates’ pledges to more specific reforms.  Here’s a guide, starting at the top of the ballot.

The choice is fairly obvious, but neither one is perfect.

President Trump has ignored our Constitution and trampled the norms of the office.  To quote him directly:  “Then I have an Article II, where I have the right to do anything I want as President.”

Joe Biden has a relatively clean record as Vice President.   There is no shortage of charges to the contrary by Republicans.  They most recently charge that his son, Hunter, tried to arrange a meeting for a business associate in the Ukraine while Joe was VP.  This has been fairly thoroughly debunked, although Republicans won’t agree.  The stems from their theory that Biden’s pressuring of Ukraine’s President to fire their top prosecutor was to protect the company, which has also been debunked.  Wikipedia has a decent summary of all the back-and-forth with links to many sources.

The valid concern might be that Hunter used poor judgment in joining Burisma’s board in Ukraine, trading on his family name to land the job with expectation that Hunter might pull some strings.  Shame on Hunter, but not on Joe.

The next president should commit to:

The president is the one national leader who can set the tone and lead the charge.  We’ve seen what happens when that leader takes the dark path.  We can do better.

Congress is supposed to be the most powerful branch of the government because it represents We, The People.  However, Congress was designed to require national consensus among people and states.  The days when significant legislation like Social Security, Voting Rights, Medicare, and the EPA attracted huge bi-partisan majorities have given way to tribal obstruction and gridlock.  Why?

Congresspersons have twisted the very rules of Congress to suit partisan objectives.  The good news:  the House and Senate can change these rules by themselves.  The bad news:  they don’t want to.  Ask your congressional candidates to support these rules changes:

The way we nominate and confirm Supreme Court Justices is a travesty. A lifetime appointment to the highest court in the land represents too big of a political prize, and it draws out the worst behavior among senators of both parties. McConnell used extra-constitutional means to deny Obama a nomination; now he’s ramming through Trump’s nominee by ignoring his own made-up rule.

Solution: Justices should have 18-year terms, one expiring every 2 years. Every president gets to choose 2 per term. The Senate should vote up or down within 120 days. If a justice wants to serve a second term, they must be nominated and confirmed again. And this time, they can be asked questions about their real SCOTUS votes and written opinions. No more hidden agendas.

Last, but not least, your votes for state legislatures are critical this year.  Why?

Which candidates pass these tests?