From Article I of our ole’ Constitution,

Is one hundred people, elected so duly.

Who would have thought they could be so unruly?

Two parties at once, in the very same room,

Discussing new laws that are still in the womb.

But among Reps and Dems, agreements are rare.

That means that our country goes almost nowhere.

But when nothing gets done, looks more like sedition.

Debate all you want, and take careful notes,

But remember we sent you up there to vote.

What’s wrong with the rules when they always get stuck?

Why can’t they solve problems ‘stead of passing the buck?

The minority’s outraged; the majority’s flustered.

Is it now time to cancel that darn fil-ee-buster?

Democracy is at a crossroads

Everyone is blaming the filibuster for gridlock in the Senate.  It’s not the only problem.  There are other rules in the Senate that enable the minority to obstruct progress and the majority to run roughshod over the minority.  Here we propose fixes to the whole mess that could move Our Imperfect Union forward.

We are witnessing history in 2021.  We’ve already seen the first attempted takeover of the U.S. Capitol since the War of 1812.  That rebellion was put down within hours and the perpetrators will face justice.  Our system of elections survived the attempted theft of the presidency, despite support from several Senators, Representatives, and the President himself.  This event laid bare the degree to which some radical politicians will stop at nothing to gain and hold onto power.  We dodged a bullet.

What’s next?  Congress will consider multiple bills to fix our system.  Those votes will make history, especially if the Senate has to change its rules to pass them.  In particular, keep an eye on:

These bills and others address long-standing, deep-rooted flaws in our democratic republic, many of which are key parts of Our Imperfect Union’s agenda for change.

We’ve arrived at a moment of truth:  Can the Senate be reformed so that our democratic republic can be saved?

Let’s address the filibuster first.  How did we get here?  In 1805, fresh from being indicted for the murder of Alexander Hamilton, Vice President Aaron Burr chided the Senate, as its presiding officer, over its messy rulebook.  So in 1806, the Senate changed its rules but it made a mistake.  It forgot to provide a rule for stopping debate and voting on the matter at hand.  Seriously.  Lengthy debate is a tradition born by accident.

In 1917, the Senate owned up to the mistake and added a rule, cloture, allowing 2/3s of the Senators present in the chamber to cut off debate.  Notably, to sustain a filibuster during this time Senators actually had to stand up and speak, in the presence of a quorum, to keep debate going.  Filibusters were hard to sustain and were few and far between.  Some of the most famous filibusters were against civil rights legislation in 1957 and the 1960s.  In addition, once a filibuster started, the Senate could not move on to any other matter.  Filibusters became highly public spectacles, reserved for only the most serious and divisive legislation.

In 1970, the Senate decided it had had enough of this legislative constipation.  It adopted a two-track system that allowed a bill threatened by filibuster to be set aside temporarily while others were considered.  And in 1975 it changed cloture so that only 60 Senators were required to cut off debate.  How did this work out?  As the chart below shows, it has caused an explosion in cloture votes.  Any Senator can now derail a bill simply by threatening a filibuster, with no consequences. We have arrived at today’s system requiring 60 votes to accomplish anything except renaming the occasional post office and certain bills exclusively dealing with budget, taxes, and spending.  The Republicans passed the 2017 Tax Cut and Jobs Act, and the Democrats passed the American Rescue Plan Act of 2021 using the budget reconciliation process.

What else is wrong?  How do we fix it?

The filibuster is just one way the minority can gum up the works.  But what about the majority?  As we saw in The Marvelous Mr. McConnell, the rules of the Senate grant the majority leader, who isn’t even a constitutional officer, outsized power to run roughshod over the government.  Democrats and Republicans alike have abused this power.  We need to stop all the obstruction and games.  Here’s a package of fixes that should do the trick.

The first 3 changes are designed to reduce the chances to filibuster by requiring votes and giving the minority a voice.   The changes around the filibuster itself put the burden on the minority party to maintain a quorum of at least 41 senators at all times.  Filibusters would again become public spectacles, and thus only used for the most serious matters for which the minority party is willing to literally camp out on the Senate floor.  Most matters would be resolved through compromise before they reached that point.

What could go wrong?  Consider these scenarios.

At the end of the day, the Senate has to operate as a bipartisan institution that debates and achieves compromise.  Neither party can be allowed to hold the country hostage. 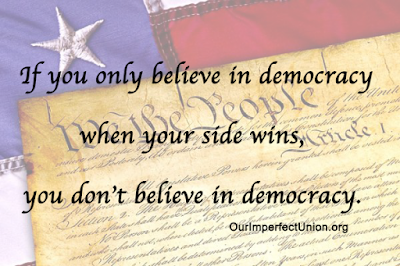 What can I do now?

The debate over the filibuster will be on every Senator’s agenda.  Call your Senators now and ask them to consider these reforms.

Share this blog post to your social media channels.  (We don’t earn any money from this.  Help fix democracy!)

Comments are welcome as long as you’re not filibustering.

Kill Switch: The Rise of the Modern Senate and the Crippling of American Democracy by Adam Jentleson

Wikipedia has an excellent overview with a history.

A Republican perspective from Jack Kemp in 2004.

A proposal for judicial nomination reform from American Constitution Society.